Aristotle and his teacher Plato represent the most luminous duo of the philosophical thought of the ancient world.
Aristotle was a wise, genius, encyclopedic, naturalist, creator of rationalism and the most important dialectician of the ancient times.

Aristotle was born in 384 b.c. in Stagira Macedonia. His father, Nikomahos was the personal doctor of King Amyntas B’ of Macedonia, which was father of Philippos. Nikomahos, who according to Souidas has written six books of physics and one of medicine, considered that Mahaonas, son of Asklipios, doctor and Homeric hero was his ancestor. They believed that his mother descend was also divine. Her name was Faistis, she had come in Stagira with the Halkideis and belonged to the race of Asklipiades.
Aristotle became prematurely an orphan and Proxenos, a friend of his late father who lived in Aiolida across Lesvos, took custody of him. Proxenos took care of him as he was his own child, and send him in Athens at the age of 17 (367 b.c.) to become a student of Plato. Aristotle had been a student in Plato’s Academy for 20 years (367-347), until the day his tutor died. In the Academy he left everyone speechless, even his own tutor, with his intelligence and his hard work. Plato called him “thesis mind” and his house “reader’s house”.
In 347 b.c. when Plato died, the matter of the school’s “heir” came up. The most possible “school directors” were the three best students of Plato: Aristotle, Xenokratis and Spefsippos. Then Aristotle and Xenokratis left Athens and went to Assos, city of the Near East coast, across Lesvos. At that time Assos was governed by two young platonic philosophers: Erastos and Koriskos. Ermias, former leader of Atarneas and old student of Plato and Aristotle had given the city to them. The two friends, governors of Assos, had established a philosophical school, as a branch of the Academy.
In Asso, Aristotle tutored three years along with his friends and he managed to do what Plato didn’t during the past. He became close friend with Ermias and he was so influenced that his dominance became more placid and more unbiased. The end of the oppressor however was tragic. Because he forecasted the campaign of the Macedonians in Asia, he allied with Philippos. For this reason he was arrested by the Persians and he was executed with a suffering cross death.
In 345 b.c. Aristotle took the advice of his student Theofrastos, went across to Lesvos and settled in Mytilene, where he remained and tutored until 342 b.c. Meanwhile, he had gotten married to the niece and stepdaughter of Ermias, Pythiada. They had a daughter named after her mother. After his wife death, Aristotle had a relationship with Athina the Stagiritissa Erpillida who gave him a son, Nikomahos.
In 342 b.c. Philippos invited him in Macedonia, so as to tutor his son Alexander who was then 13 years old. Aristotle willingly accepted the tutoring of the young heir. He made sure he gave him the Greek spirit and used as a tutorial mean the Homeric epic. Alexander’s education took place in Pella and in Mieza, a town which ruins came up to light at the roots of the mountain, where Naousa of Macedonia is now built. In 341 b.c. he was informed about Ermia’s death.
Aristotle lived in the Macedonian court for six years. When Alexander battered the resistance of the Thebans and brought peace in South Greece, Aristotle went in Athens (335) and founded his own philosophical school. The place he chose was the Gymnasium, which also called Lyceum, between Lykabetus and Ilisos, close to the gate of Dioxaris that is the place where today is the National Garden of Athens. There was also a park dedicated to Apollo and to the Muses. Alexander gave him a great amount of money, thus Aristotle built glorious edifices and stoas, which was called “peripatoi”. That is probably the reason why the School was named Peripatetic and its students peripatetic philosophers.
The school organization was made according the standards of the Platonic Academy. Advanced courses were taken place during the morning (morning peripatos) and elementary courses during the afternoon (afternoon peripatos). Morning tutoring was strictly philosophical. The afternoon tutoring was “rhetorical” and “exterior”.
The school had such a big and well-organized library that later on was used as a model for the establishment of Alexandria’s and Pergamo’s libraries. Aristotle collected maps and all kinds of instruments he thought they were useful in order to teach scientific courses. Thus, soon enough the school became center of scientific research. During the thirteen years that Aristotle remained in Athens he created his biggest part of his project that is admirable due to its volume and qualitative value. It is worth wondering, how a man in such a short time managed to collect and register so much information.
In 323 b.c. when G. Alexander died the followers of the anti-Macedonian party thought that now was their chance to get revenge on the Macedonians through Aristotle. The clergy with hierophant of Elefsinias Dimitras, Eyrimedontas as his representative, and the school of Isokratis with Dimofilos, accused Aristotle of impiety, because he had made his own altar to Ermia and he had written a hymn to Areti and an inscription in the statue of Ermias. However, Aristotle knew which were the true motives and intentions of his complainants, so he left for Halkida, before his trial (323 b.c.). He stayed there, in his mother’s house with his second wife Erpyllida and his two children Nikomahos and Pythiada.
In 322 b.c. he died in Halkida from an illness in his stomach, in deep sorrow and melancholy. His body was transferred to Stagira, where he was buried with exceptional honors. His fellow citizens nominated him “founder” of the city and built an altar on his grave. In his memory they created a festival the “Aristoteleia” and named one of the months “Aristoteleio”. The square where he was buried was set as the parliament’s meeting place.
When he left Athens he appointed Theofrastos as Director of the School as he thought he was the most suitable for this job. Thus the academy of Aristotle continued to “radiate” even after the death of the great tutor.

Aristotle as a person had many loyal friends and great rivals too. (Epikouros, Timaios, Evoulidis, e.t.c) because they were jealous of his superiority and felt that his presence renders them null. For that they tried to defame him in every possible way. They tried to present him as avaricious, lush, scheming, devious, they even claimed that he organized the assassination of Alexander the Great, e.t.c
On the contrary, however, from credible sources we learn that Aristotle was the incarnation of the proper and right measure in everything he did in his life. His innate nobility and tenderness of his soul is found diffused in his will, which according to it he takes care of his parents and brother memory, he does not forget the family of his parental friend Proxenos who raised him. He also takes care of his wife Erpyllida and their son, Nikomahos. Furthermore, he takes care of Pythiada, his first-born child. However his benevolence is obvious in his will where he demands not to sale any of his servants, but instead to set them free at their adulthood.

The Alexandrians estimated that Aristotle had written about 400 books. Diogenis the Laertian estimated his work in rhymes and found that came up to 44 myriads, that is 440.000. A big part of this work has been lost. It belonged to the category of public or “interior” courses and it was written in a dialectic form. From these, only “Athenians State” has been found, written in a papyrus in Egypt. All the work that has been found today correspond to Aristotle’s tutoring of advanced students the so-called “hearings or interiors”. Thus they are written as a speech and not as a dialog.
Aristotle never published any of his writings. The manuscripts remained at Theofrastos and since Syllas era moved from hand to hand. After the conquest of Athens (86 b.c.) Syllas transferred them in Rome. They were first published (60 b.c.) there by the peripatetic philosopher Andronikos the Rodian and by the philologist Ionas the Tyrannionas. Since then all his books have been submitted to editing and processions and generally their condition is not good. From Aristotle’s total work only 47 books have be preserved and some extracts from the rest. However, not all of them are considered to be authentic.

Besides Aristotle’s belief regarding Plato’s “ideas” he supports other “ideas” too. He does not deny pleasure, but he prefers the one that stems from intellectuality. The purpose of human acts, according to Aristotle, is happiness, which he defines as an action in total agreement with virtue. When the virtue dominates our passions and urges it regulates them by playing the part of the measure between two ends, that is the exaggeration and the deficiency. Thus, “calm” for example is a virtue which stands between anger and insensitivity, the “bravery” as it stands between audacity and cowardliness, and “disgrace” because it stands between impudence and wonder, which are two ends. Supplementary to virtue are the goods of the body (power, health, beauty), and fortune goods (wealth, noble origins, e.t.c). According to all these the man who is happy is the man that acts under the command of virtue and at the same time receives a small share of the other goods, the so-called “apart from goods”.
Aristotle swings between idealism and materialism. Every thing, according to him, is consisted of material and spirit that are unbrokenly united. Material is pathetic, is the possibility of every thing, while the spirit is energetic, that is the power that transforms possibility into reality.
The world according to him is united and eternal, while the universe is globe shaped and the earth is its center. When it receives the origin of knowledge by the senses it approaches materialism. Finally, with common sense it regards the objective reality “static” and not through the everlasting transformation and movement. 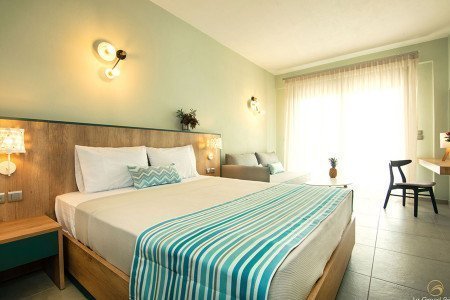 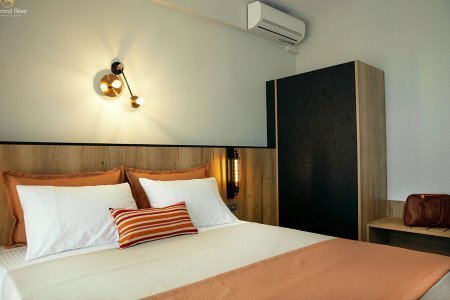