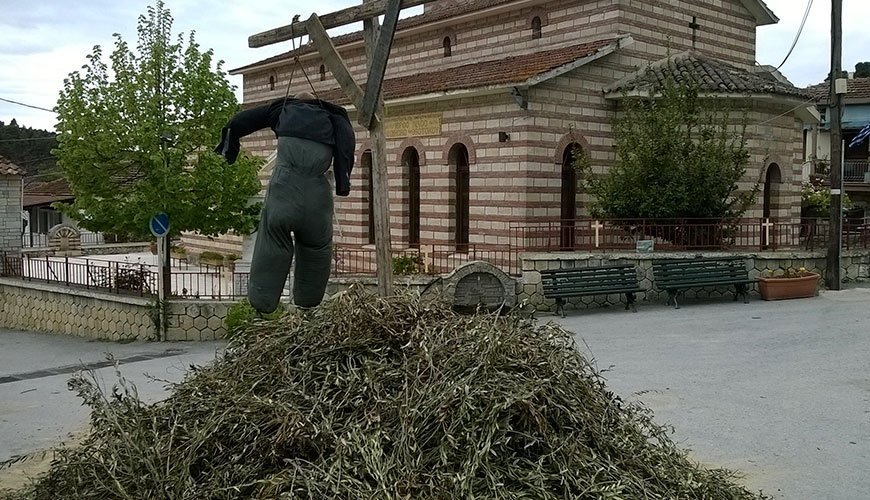 In the center of the peninsula, in a valley full of green, in a beautiful piney skyline, lies the village of Kassandrino. Kassandrino is a traditional village with 100 houses and 250 habitants. Kassandrino is an old village, which according to a story was named after the neighboring Kassandreia because the cattle-breeders kept their corrals there.

The peaceful and beautiful valley, which is located in the village was populated during the ancient times and the Byzantine years. Some ruins and the church of the Triad (old catacomb) that has some wonderful wall paintings prove that.

The village was completely ruined by the Turks in 1821. Its reconstruction began in 1826 by those who survived and returned to their land. The church’s village, the Assumption, was built during the 1950s with hacked local stone. It celebrates on the 15th August. At a distance of 3 km. Southeast of the village in an enchanting location surrounded by age-long trees, the beautiful chapel of St. George is situated. Every year on the 23d April a traditional fair takes place. The village has many taverns with delicious snacks, supermarkets, coffee bars, bakery.

The most important products of the village are oil and honey of best quality.

On the south of the village at a distance of 6 km, near the sea, in the Community of Kassandrino the settlement of Mola Kaliva is situated. Tradition says that it was called after a guard who the monks had in this region. He was named Molas and lived in a hut (kaliva). The habitants used to say: At Mola’s kaliva (hut). Thus, the name MOLA KALIVA passed through the years.

Kassandrino recommended for food, there are excellent tavern and restaurant. 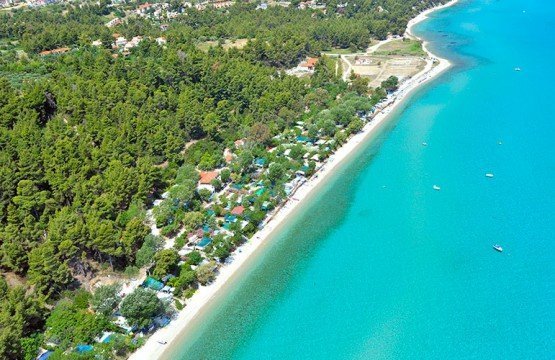