Nea Kallkiratia was established after the refugee destruction in 1922, mainly by the residents who came from kallikrateia of Eastern Thrace and set up in the area, where the metohi of the Xenofontos Monastery of Mount Athos existed and it was called “Stomion”. Many testimonies report that it was inhabited by the prehistoric years, however they are not confirmed.

Excavations brought to light a headstone with a gable, which represents a girl with a pigeon on her left arm. The finding is kept in the Archeological Museum of Thessaloniki. The acropolis of Antigoneia, which is situated near the New Gonia, is of great interest. It was built in a natural bastion by the Macedonian King Antigonos Gonatas in 280 b.c. Its name survived during the Byzantine years in two villages of Ano and Kato Antigoneia.

The Municipality of Kallikrateia has many good beaches, which every year attract thousands of tourists.

The visitors receive good services because Kallkirateia has a great number of hotels, rooms to let and restaurants. If someone wants to spend his vacation by the sea, he must certainly visit Kallikrateia. The days during summertime will be unforgettable. Furthermore, after a pleasant day on the beach, nightlife begins ………and the visitor has a lot of choices to find whatever he likes! 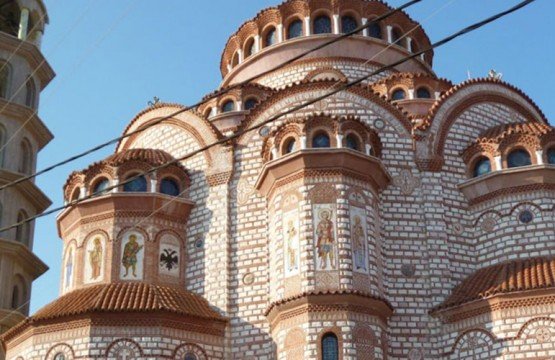