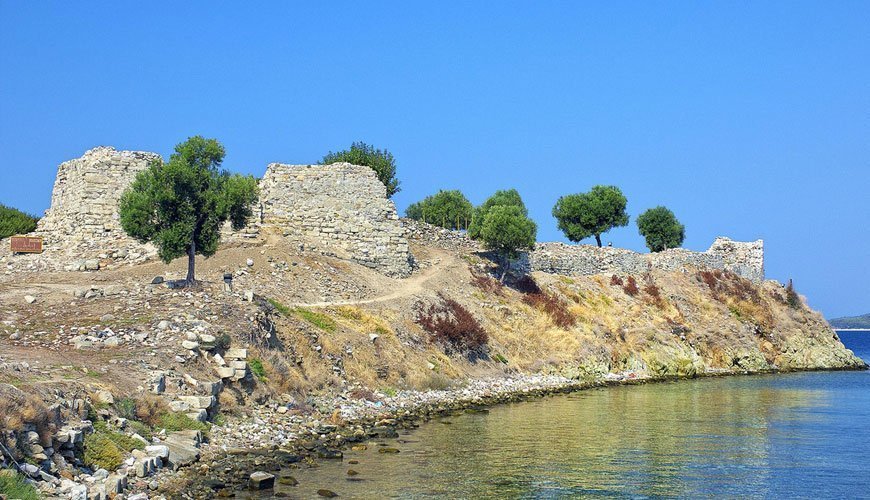 Toroni is located at the Southwest of Sithonia peninsula. It was founded by Halkidis of Evoia during the 8th É-7th century b.c. In 480 b.c. the town helped the Persians against the expedition of Xerxis against Greece and few years later became a member of the Athenian alley.

During the Peloponnesian War, according to Thoukidides (Th. IV 110-116 and V2-3) it became the battleground of the Athenians and the Spartans. Many excavations took place in the area since 1975 by the Archeological Company in cooperation with the Australian Institute under the supervision of Prof. Al. Kabitoglou.

The harbor of Toroni is believed to have been located at the east of Likithos, a small cape which today is 13 meters above the level of the sea, at the South of the ancient town, due to the existence of a cove and of some marine relics. Likithos was inhabited at intervals, from the Cooper Era to the 17th century a.c., and is a very important part of the towns history, as it is connected to a narrow isthmus, which as it is proved by a recent submarine research, used to be wider.
During the three periods of submarine researches in Toroni, which had a preliminary nature, it was obvious that the current coastal area at the northeast of the isthmus consisted of a part of the towns town planning, with a small hypsometric difference, regarding the region where Likithos is found today.

In the sea, at a distance of 35m from the current coastline and almost parallel to it there is a seawall of about 60m length, and of about 2m width, which has cornerstones from granite at various points. Its interior is made of a brecciated material, probably artificial. At the south of this seawall, at a distance of 20m from the sea, a second similar construction of 80m length shows the existence of a second coastline, which was created earlier than the first one.

The research was focused on the south of the eastern part of the seawalls internal, where three rocky stones are at their place, and proved that these are seated at the aforementioned integral material. Upright to them, at the North-South another wall made of big stones was found at a height of at least three structures.

In the corner, which shapes among them, theyve found many shards of amphora of classic years. Wall foundations from brick clay, with width that varies from 0,50 to 0,65m and with direction SW-BE, are also distinctive at the bottom of the sea. They are believed to be dated to the classic era because of the ceramics (mainly by its color) found during the cleaning of the walls, which were built on the current beach and belong to buildings initially built on the shore. An extensive destructive layer of roof tile shards, dyed in red and black that covers the coastal region at the north of the C walls, belongs to a building phase of the classic era.

It contains such an important number of vessels, mainly for warehouse purposes (jars, amphorae), that an explanation of these coastal buildings with areas that are connected to the operation of the harbor does not seem impossible. 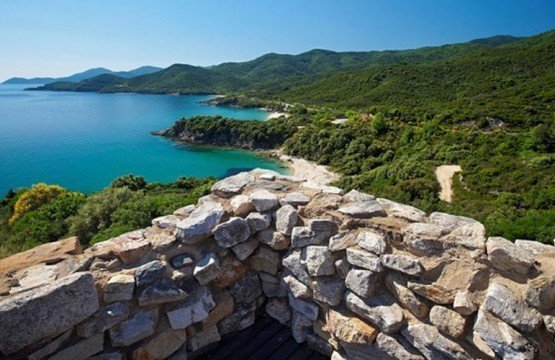 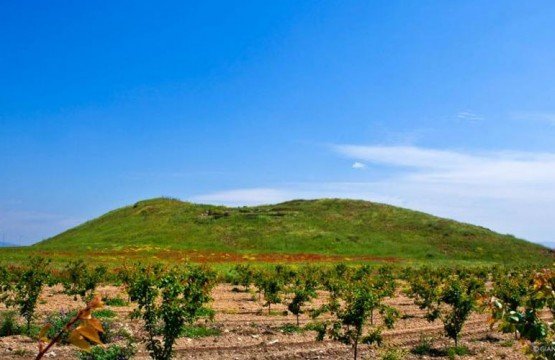