Some Byzantine towers in Halkidiki Greece are very well preserved and worth to visit them.

A remarkable old Byzantine fortress which was build in 1407 and the sanctification of Apostle Paul, a passage opened through the rock and ending into an underground chamber, which are composing the historical identity of the village.

It is worth to visit the remains of the castle which the rebellious islanders barricaded themselves inside of in 1821.

The church of the Taxiarches founded in 1591, which is dependent on the Mount Athos and the Monastery of Dochiarion are very important sightseeing.

The Pyrgos Prosforeiou is a museum housed in a restored Byzantine tower, at Ouranoupoli.

The 14th-century structure exhibits locally discovered ancient and Byzantine artefacts. The odd story of an Australian couple, the Locks, who inhabited the tower in the 1920s, is also attested.

Large maps and detailed images inform on other local sites. The friendly staff can give further information on places on the border of monastic Athos accessible for women too, like the ruined 11th-century Monastery of Zygou, east of town.

The Byzantine tower of Stavronikitas (8 meters high), isolated in a prehistoric settlement, guards the village.

The late-Byzantine tower of Mariana is 1.5km north of Olynthos, on the left side of the road to Poligyros, the capital of Halkidiki.

It was a residence and was built in 1374. It was the seat of a property of the monastery of Dochiarion in mount Athos.

One of the most important sights in the region of Ierissos is the tower of Krouna, located approximately 1km northwest of the town. It was a dependency, surrounded by a wall, which has almost collapsed. It is estimated that it was built in the 15th century and it is named after the alteration of the word “Koroni”, since sources of 1320 mention the Skala of Koroni north of the area, near the port of Kleisouri. Furthermore, the property is mentioned as a dependency of Korouna in Ottoman documents of the 15th century and belonged to the Hilandariou monastery until 1542. Then, the monastery periodically lost ownership of the dependency until 1719, when it was purchased among other properties in the area. It was sold and repurchased at least twice.

Almost at the center of the little town of Galatista stand this imposing tower which once was surrounded by a dense fir forest.

The tower follows the Venetian style of this kind of fortifications but it is rather not a Venetian one. It is not known when exactly it was built. Probably in the beginning of the 15th century. Hence, it could be classified as late-Byzantine.

In 1995-1996, the 10th Ephorate of Byzantine Antiquities performed a series of works which included the housing of the monument with a wooden roof, externally hidden, a partial floor restoration, as well as the placement of wooden steps for access into the tower.

On the steep slope directly to the south of the tower, are two water mills in a row, part of the largest group of mills that used to work in the past using the same water current. The water tank of the first of the two mills is dated back to an age, perhaps older than the construction of the tower. Today there is no water around the tower; just houses of the village. 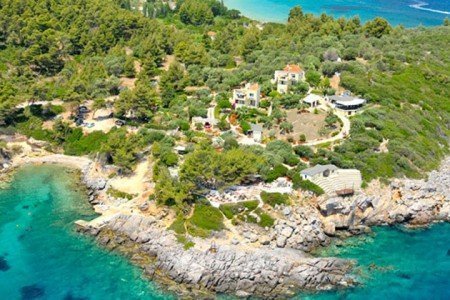 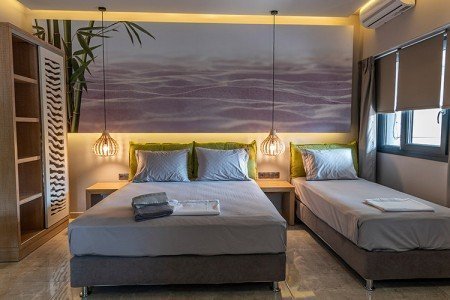