Is a village with 1342 inhabitants, which is located between the peninsulas of Kassandra and Sithonia.

The biggest hotels and municipal camping are located in the seaside settlements of Portes, Varkes, and Gremia, which are situated towards Thermaikos Gulf.

New resorts have started to develop on the beaches towards the Toronaios Gulf. The village is well known for the “trade fair of Agios Mamas” that takes place every September and attracts thousands of visitors.

History: The oldest organized human settlement is known to be in the region of Ag. Mamas. It was situated in the homonymous somersault (excavations are made) and existed there since 5000 b.c. Some documents of Mount Athos, dated 1047 b.c., refer to the existence of the village and what is more they refer to it with the same name.

In 1423 Agios Mamas was taken under the Turkish domination and in the middle of the 15th century the village belonged to a Turk leader (Michael Beis). In 1821 the habitants of Agios Mamas participated in the Greek revolution.

The first known historic evidence for the trade fair is dated in 1870. The village was named after Agios Mamas. 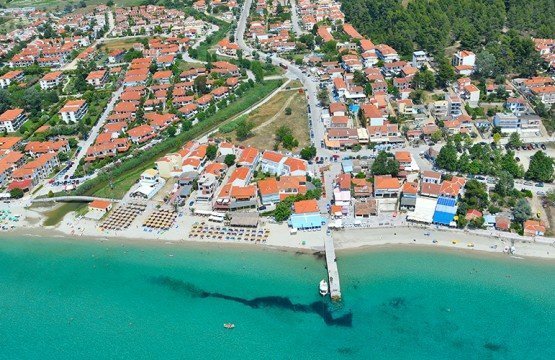