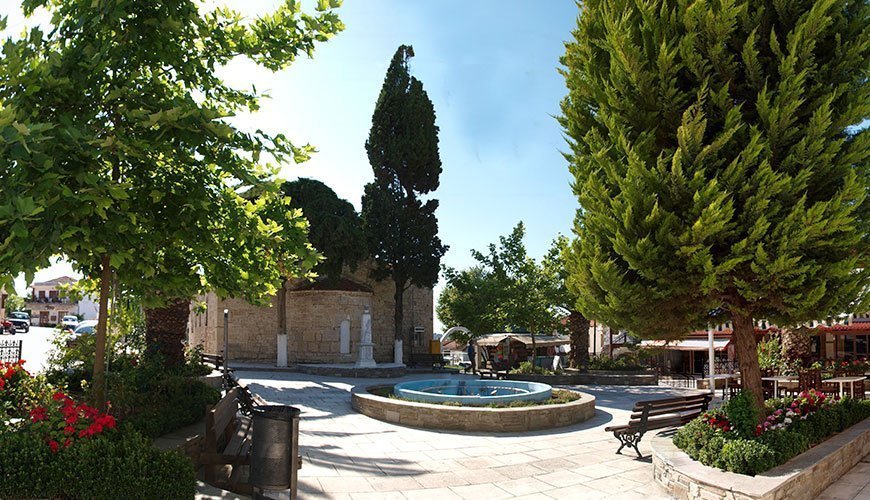 The region of Kalandra, of which the establishment of its settlement in today’s village must have taken place in the last Byzantine years or the first years of the Turkish domination. It is closely connected to the existence of Mendi. It has preserved the places name of the Mendi’s country, as that of the beach that is still called “Poseidio”, Ionic expression of Poseidonio, as Thoukidis names it in the 5th century. Today, some traces of the wall of the ancient Mendi still remain by the sea.

On the west side of Kalandra, 4 km away, there is the Temple of Poseidon that is located on a narrow pass near the sea. Very close to the temple there is the lighthouse, which was built in 1864.A km west of the village, in a beautiful landscape where one can view the fields, there is a remarkable church of the Virgin Mary, which was built in 1619. It’s a very interesting church because in its interior there are some wall paintings that present the life and crucifixion of Jesus.

The biggest church of Kalandra “Assumption” was built in 1900 and has a unique architectural interest. It’ s a basilica and it celebrates on the 15th August. Every year, on the 23d August they organize a big fair to honor the Virgin Mary. This day the church is “flooded” by hundreds of people.

The main products of the regions are oil, honey, cereals, cotton, corn. The first hotel unit was built in the region of Kalandra. Today along the beach, which is 12 km long, the largest camping of G.N.T.O. (Greek National Tourism Organization) operates.

At Kalandra, Posidi and in the greater region there are a lots of picturesque taverns, fish taverns, restaurants, café, bars, clubs, super markets, butcher shops, discos, live music, rooms to let, apartments, taxis, community clinic, mobile bank to serve the visitors in the best possible way, and the hospitality of the habitants that promise unforgettable vacations in Kalandra. 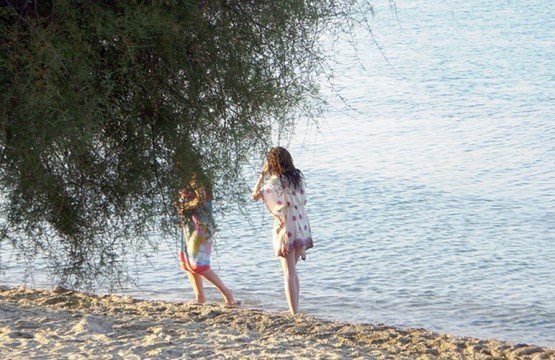 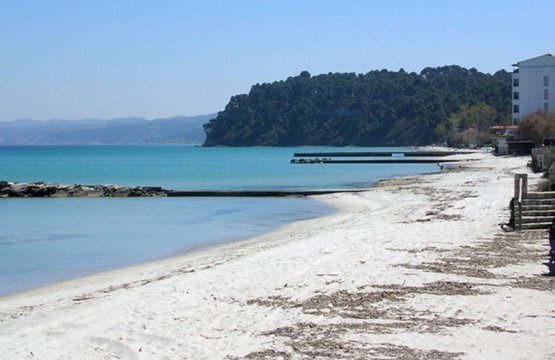